The Cayuga Duck is on the National Endangered "WATCH" bird list.

Egg Color: Black fading to white late in the season

According to local lore, the Cayuga duck breed developed from a pair of wild ducks that a miller in Duchess County, New York, caught on his mill pond in 1809. This report seems to be historically inaccurate and is actually an accounting of the Gadwall duck as reported in the Birds of America by John J. Audubon in 1843. Historic local opinion in New York is that Cayugas originated from a population of wild ducks from the region, but there is currently no definitive evidence found to substantiate the hypothesis.

Another accounting of the source of the Cayuga duck breed is told by Mr. R. Teebay of Fulwood, Preston, Lancashire, UK in the 1885 publication The Book of Poultry by Lewis Wright. Teebay states that the Cayuga resembles (or was identical to) an English black duck breed commonly found in Lancashire in the 1860’s. He believed that the Cayuga breed may have originated from this stock. He notes that the English black duck had since disappeared in Lancashire as it was replaced by the popular Aylesbury duck in the 1880’s. Teebay’s view on the Cayuga’s origin was supported by an un-named acquaintance who hunted and trapped extensively the Cayuga region and was familiar with both domestic breeds. The hunter, having extensive knowledge of the local wild ducks, supported the theory that the Cayuga was derived from the Black duck of Lancashire as opposed to originating from a local wild duck population.

John S. Clark introduced ducks he obtained in Orange County, NY to Cayuga County in the Finger Lakes region of New York circa 1840. Clark noted at the time that occasionally ducks would develop a “top knot” on their heads. This is further substantiated by Luther Tucker, editor of The Cultivator, in 1851. The ducks were named “Cayuga” after the native people of that area. By 1874 the Cayuga duck was accepted into the American Poultry Association’s Standard of Perfection. The breed was raised in large numbers on duck farms in New York until the 1890’s, when the Pekin duck came to dominate the duckling market in the big cities.

The Cayuga is recognized as one of the hardiest of the domestic ducks and are easily tamed if hand-raised. They tolerate the harsh winters of the northeast and can produce many offspring. The Cayuga averages 7-8 lbs. and has the ability to obtain much of its diet from foraging, when given appropriate areas to explore for food. The meat of the Cayuga is reputed to be of excellent taste and fine quality but the carcass can be difficult to clean because of their dark feathering. Some resolve this problem by skinning the ducks rather than plucking. Cayuga ducks can lay 100-150 eggs per year that can be used for general eating and baking purposes. Eggs are initially black in color, but as the season progresses egg color lightens to white by the end of the season. The plumage of the Cayuga is uniformly greenish black and may become mottled with white as they age. 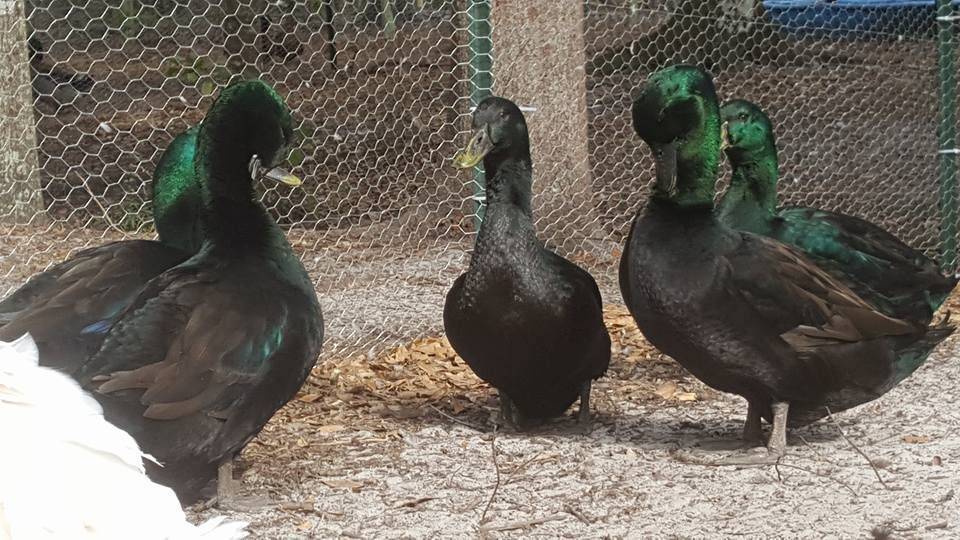 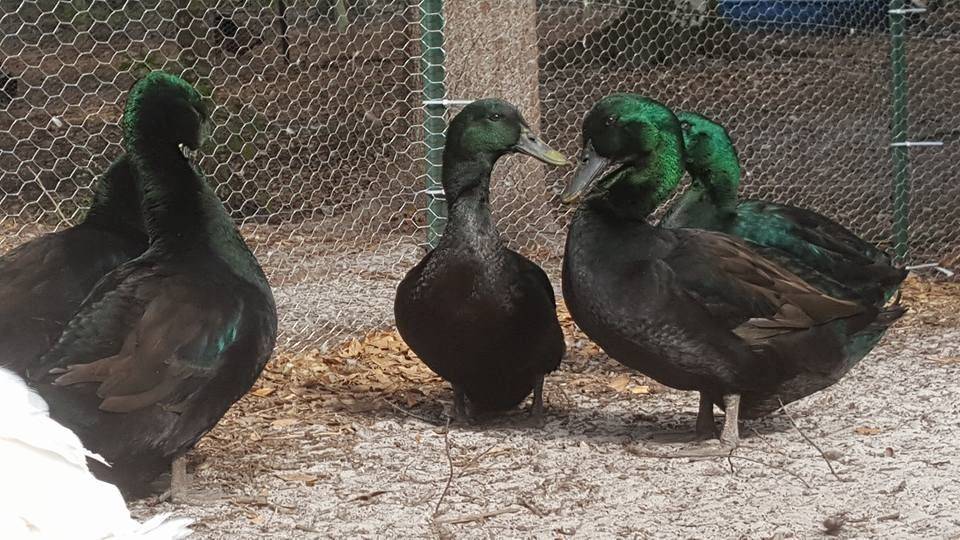 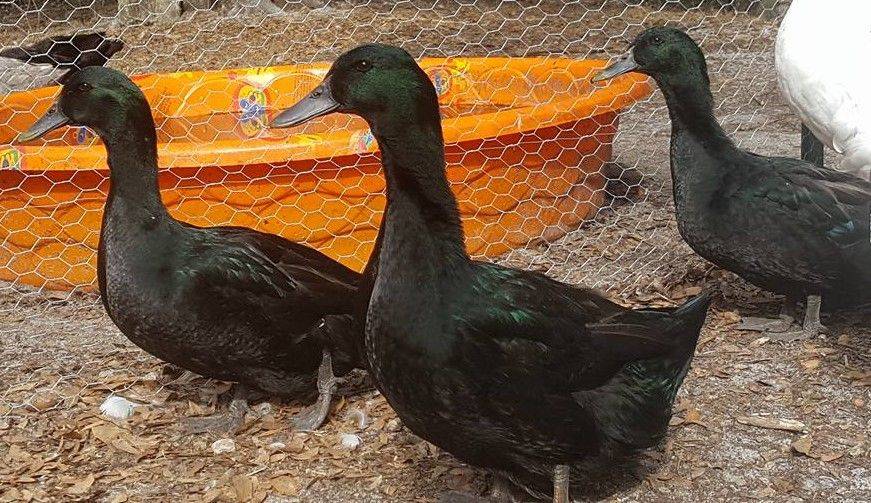