Emu, is a flightless bird of Austrailia and second largest living bird: the emu is more than 5 feet (1.5 metres) tall and may weigh more than 100 pounds (45 kg). The emu is the sole living member of the family Dromaiidae (or Dromiceiidae) of the order Casuariformes, which also includes the cassowaries.

The emu (Dromaius novaehollandiae) is the second-largest living bird by height, after its ratite relative, the ostrich. It is endemic to Australia where it is the largest native bird and the only extant member of the genus Dromaius.

The common emu, Dromaius (or Dromiceius) novaehollandiae, the only survivor of several forms exterminated by settlers, is stout-bodied and long-legged, like its relative the cassowary. Both sexes are brownish, with dark gray head and neck. Emus can dash away at nearly 30 miles (50 km) per hour; if cornered they kick with their big three-toed feet. Emus mate for life; the male incubates from 7 to 10 dark green eggs, 5 inches (13 cm) long, in a ground nest for about 60 days. The striped young soon run with the adults. In small flocks emus forage for fruits and insects but may also damage crops. The peculiar structure of the trachea of the emu is correlated with the loud booming note of the female bird or drumming note of the male bird during the breeding season. Three subspecies are recognized, inhabiting northern, southeastern, and southwestern Australia; a fourth, now extinct, lived on Tasmania.

Number of eggs: 5 to 15 eggs per clutch, up to 3 clutches per season

Height at hatch: About 9.8 inches (25 centimeters)

These big, beautiful flightless birds are the second largest birds in the world (the ostrich is the largest).

Emus are good swimmers and don't mind taking a dip in a pond or lake.

The first occurrence of identical bird twins was discovered in the emu.

More than 600 places in Australia are named after the emu.

While running, the emu’s stride can be almost 9 feet (2.7 meters) long.

The Australian coat of arms has the image of an emu and a kangaroo, both animals that cannot back up.

Tall and majestic, the emu belongs to a group of flightless running birds known as ratites, the most primitive of the modern bird families. The ratite family includes the kiwi, ostrich, cassowary, and rhea, all birds found only in the Southern Hemisphere. The emu is the second-largest living bird in the world (the ostrich is the largest). Adult female emus are larger and heavier than the males.

Individual emu feathers have a loose and simple design. Just like hairs, feathers grow from follicles. Most birds have one feather per follicle, but the emu grows a double-shafted feather from each follicle. Barbs found on a typical bird feather are closely knit, but an emu feather’s barbs are widely spaced and don't have the usual hooks that attach to the other barbs. Instead, each barb hangs loosely and gives emu feathers a hairlike appearance. Other ratites share this feathery design. When new feathers grow, they are almost black in color, but the sun soons fades them to a grayish brown while the shafts and the tips of the feathers remain black. Emu feathers are less water-resistant than other birds' feathers. Its tail feathers are not so soft. Instead, they are stiff, and the bird can rattle them to scare off predators, such as dingoes.

Born to run. Emus have tiny, useless wings, but their legs are long and powerful. They can travel long distances at a fast trot and can sprint at 30 miles (48 kilometers) per hour for quite a distance. Emus are the only birds with calf muscles. Their feet have three toes and fewer bones and muscles than those of flying birds. Their strong legs also allow the bird to jump 7 feet (2.1 meters) straight up. With good eyesight and amazing agility, emus can escape most any trouble! If they must defend themselves, emus can strike and rip with their heavy feet and nails.

Emu talk. The emu has a pouch in its throat that is part of the bird's windpipe and is used for communication. When the pouch is inflated, the emu can make deep booming, drumming, and grunting sounds. These calls are usually made during courtship and the breeding season, heard up to 1.2 miles (2 kilometers) away! A hiss, described by one of our animal trainers as bloodcurdling, is effective at warning off dingoes.

Emus are omnivores and look for food during the day. They eat a variety of plants, depending on the season. For example, they eat acacia seeds until the rains come, and then eat new grass shoots and caterpillars. In wintertime, they feed on the leaves and pods of cassia. Springtime brings beetles, grasshoppers, and fruit. They also eat crickets, ladybugs, lizards, moth larvae, and ants.

The emu serves an important role in its habitat: seed dispersal specialist! Seeds eaten whole often come out whole; as the emu wanders about, it leaves fertilized seed-carrying deposits behind in its droppings.

Emus are common throughout most of mainland Australia, although they avoid big cities, dense forests, and deserts. Usually solitary, emus can form enormous migratory flocks when moving toward better food resources. Flocks often travel long distances for food and water. In Western Australia, emus move northward in the summer and southward in the winter.

Emus form breeding pairs in the summer and stay together through the fall, when the first clutch of eggs is laid. The male builds a rough nest of twigs, leaves, and grass on the ground where the female lays 5 to 15 avocado-green eggs over several days. When finished, the female wanders off, leaving the male to incubate the eggs. It's a good thing he ate extra food to build up his reserves of body fat before the breeding season! Why? He stays on the nest for the next eight weeks, getting up only to turn the eggs and tidy the nest. The male loses up to one-third of his body weight.

The female may or may not find another male to mate with during this time. She might even find the nest of another emu pair where she can lay her eggs and let that father do the work. In a good season, a female emu may lay three complete clutches!

Emu eggs are large and look like avocados. One emu egg has the same weight and volume as 10 to 12 chicken eggs! The eggs are dark green and shiny, with small pits on the surface.

The brown-and-cream-striped chicks are precocial. They can walk just minutes after hatching and can leave the nest at about three days old. But they usually stay with their father for about 18 months. The father teaches them how to find food and stay safe from dingoes and foxes. The chicks’ striped feathers help hide them from danger. Emus are full-grown at 12 to 14 months but don’t reach sexual maturity until about 2 years of age.

The emu subspecies that lived in Tasmania became extinct around 1865, following the arrival of Europeans. The Australian mainland subspecies’ distribution continues to be affected by human activities. Once quite common on Australia's east coast, rapid human population growth forced the emu out of this area. Agricultural development and water provided for livestock in Australia’s Outback have given the emu new regions to live in that were once too dry for its survival.

While the emu population is currently considered stable, drought and wildfires are potential threats that could impact them. Many people raise emus for their meat, oil, and leather.

Mazuri® Emu Maintenance - Mazuri® Emu Maintenance Diet is a complete emu food suitable for emus during the nonbreeding season as well as for yearlings selected as future breeders or replacement breeders. This pelleted Mazuri® emu diet is a high-fiber, balanced-protein emu feed that offers complete nutrition and helps address obesity. 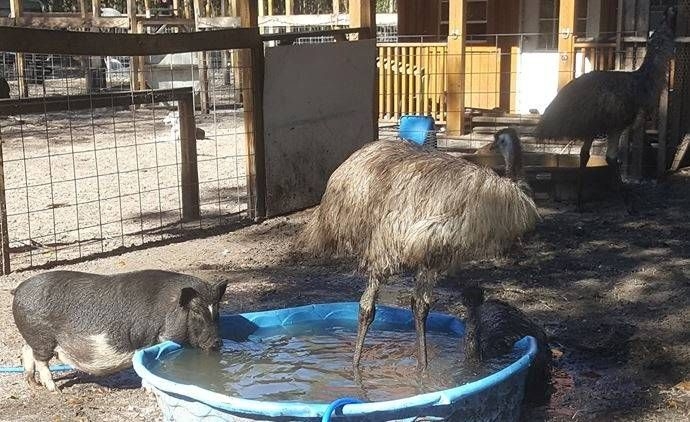 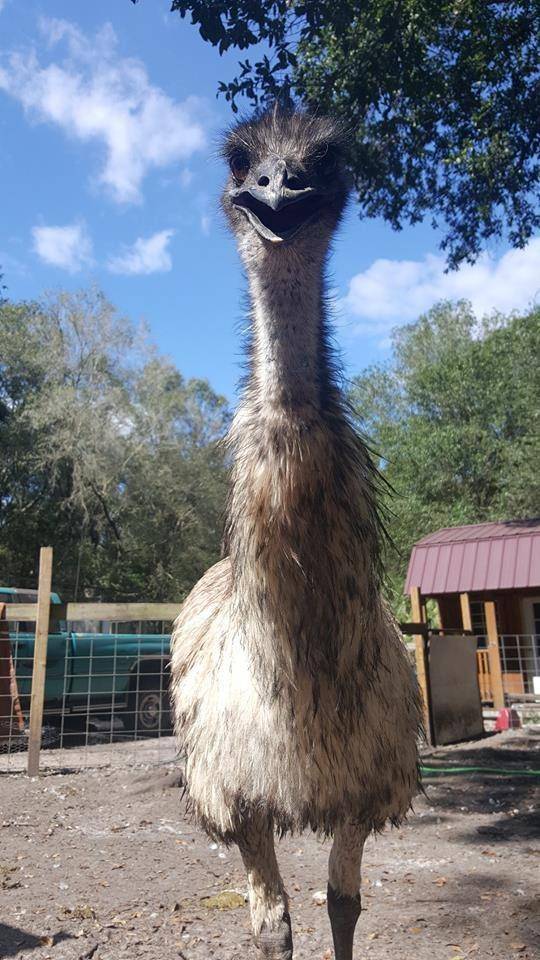 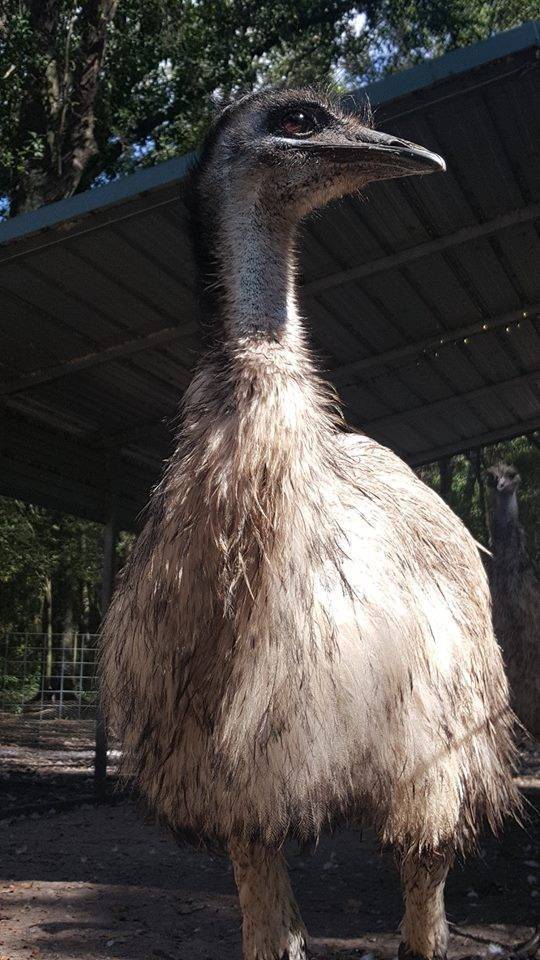 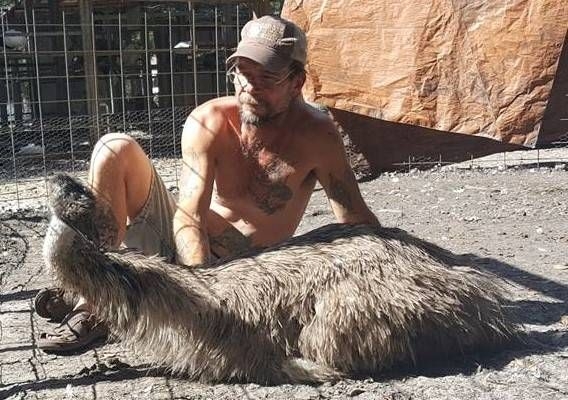 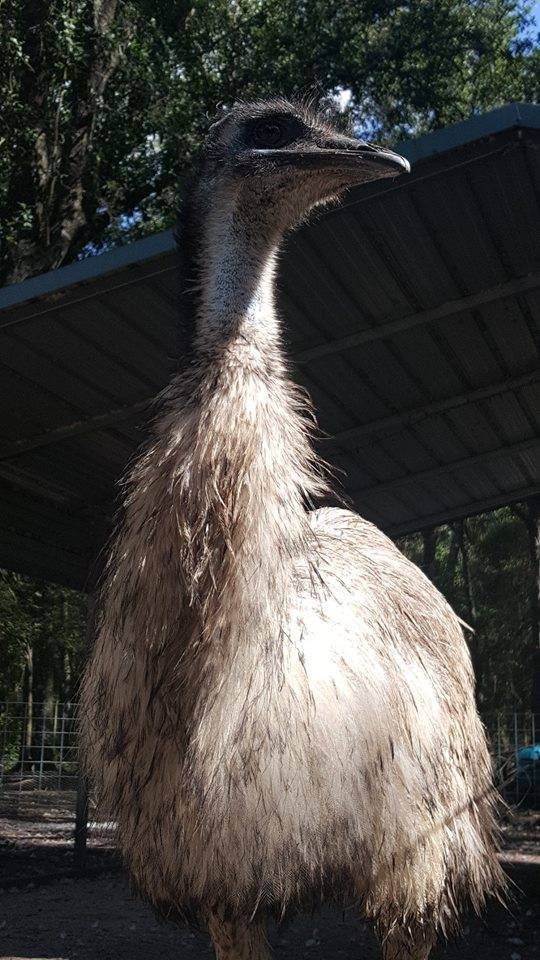 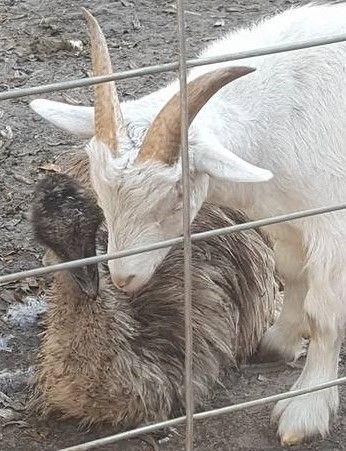 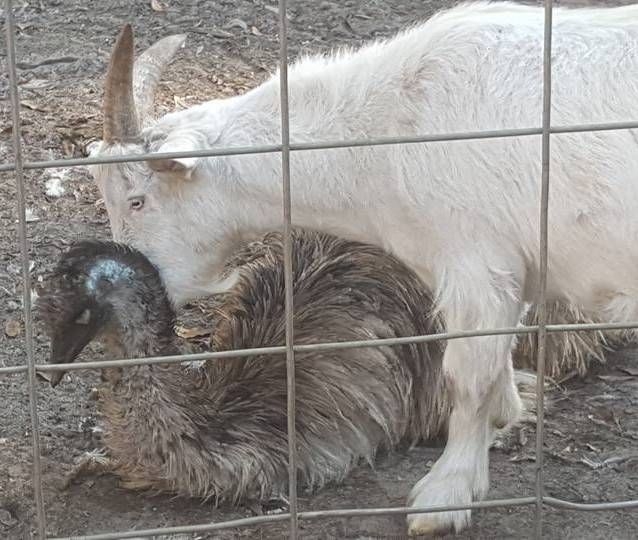 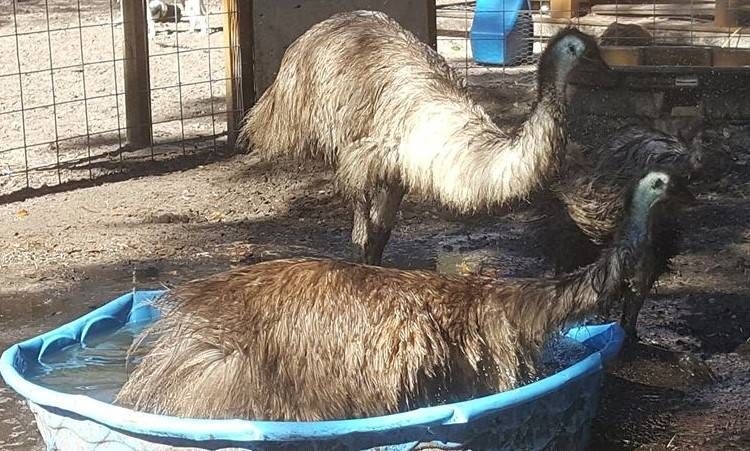 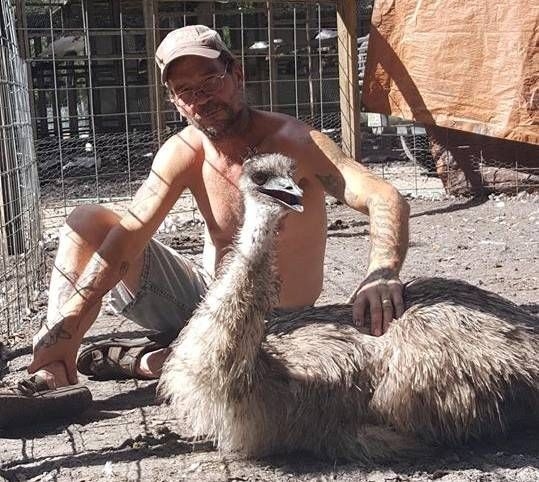 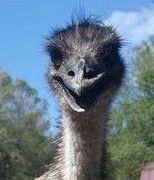 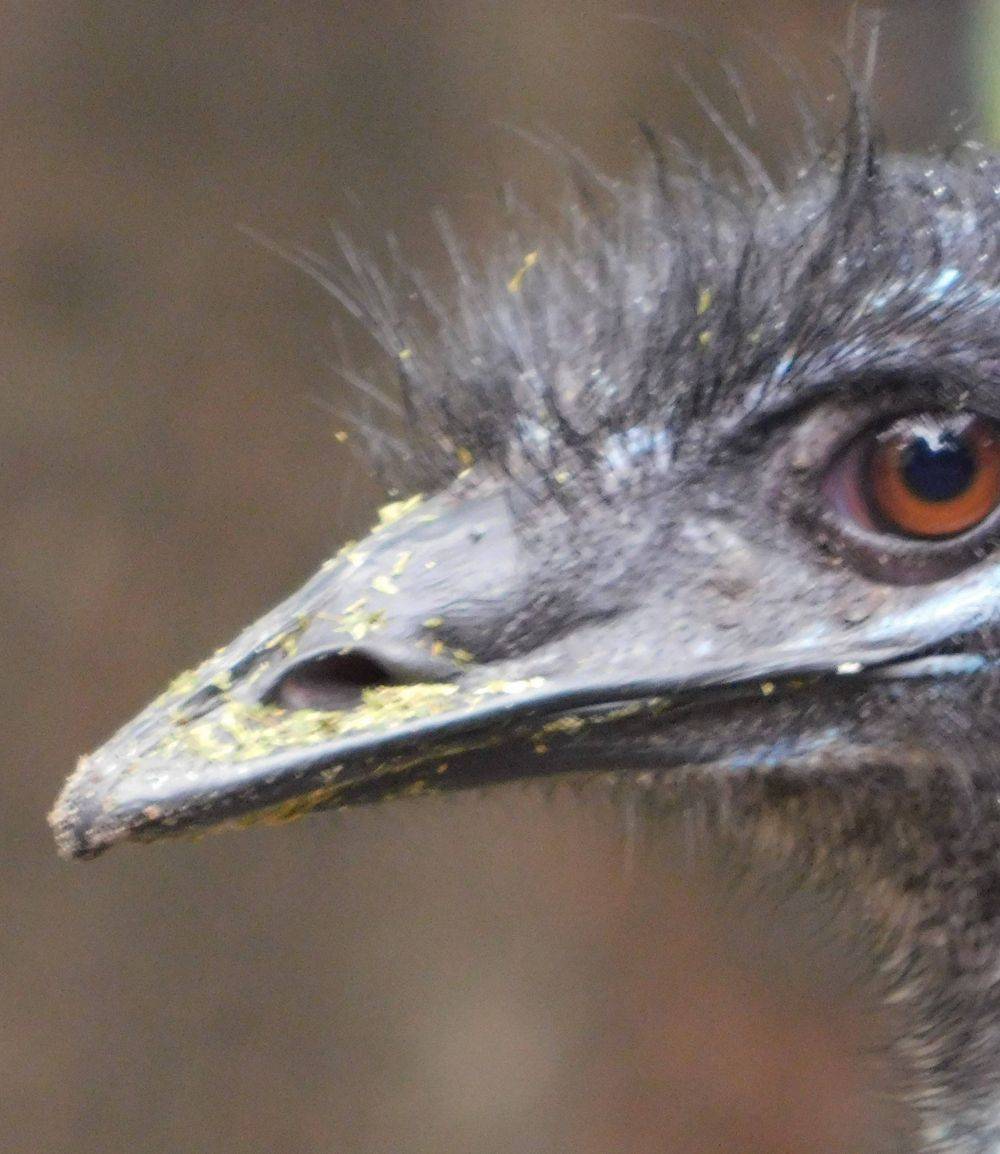 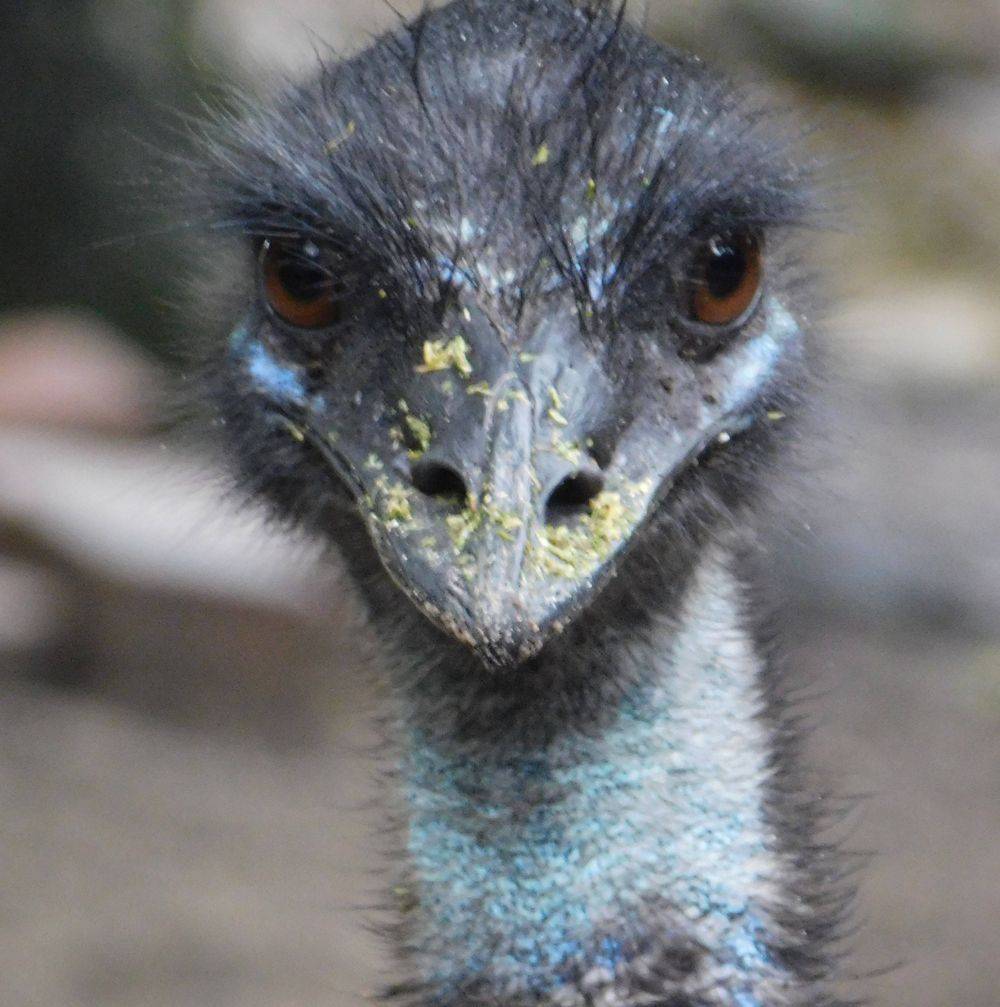 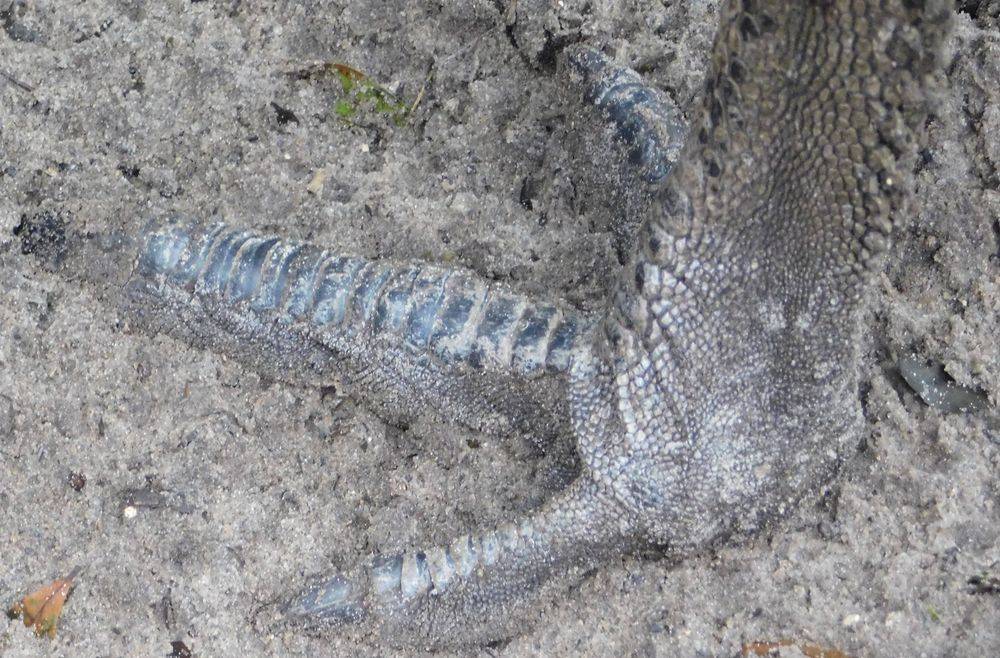 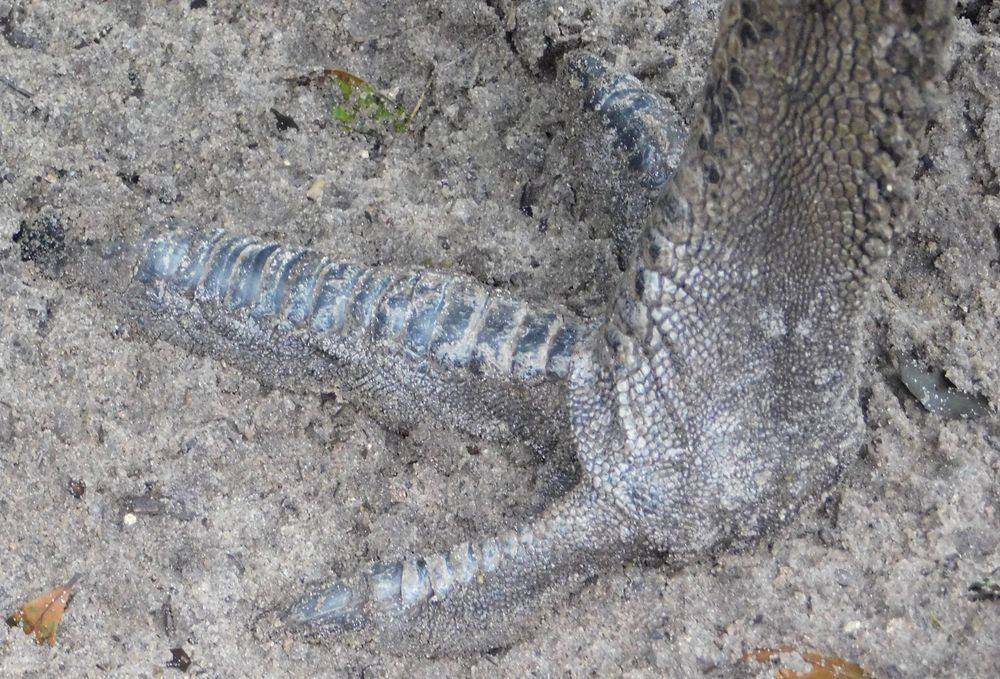 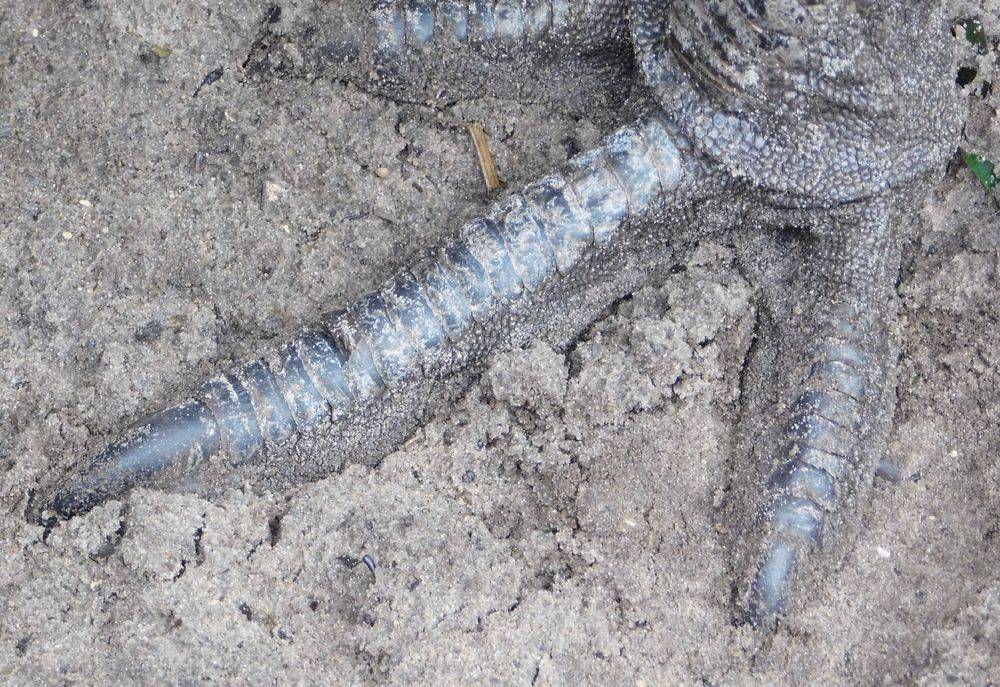 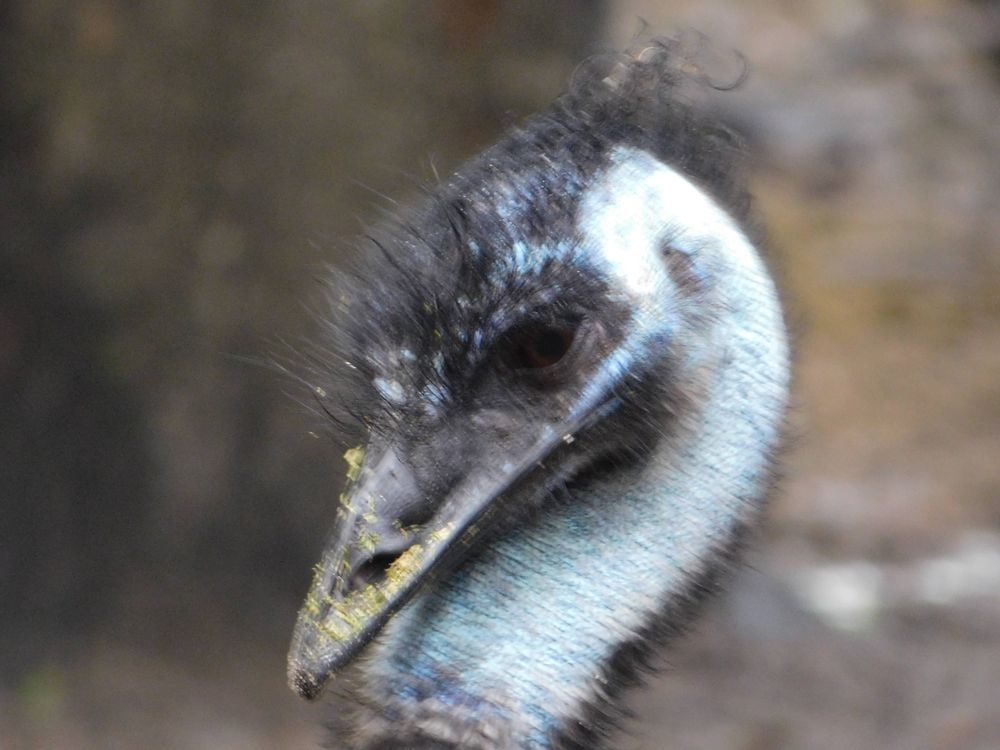